Boston must change the building code!

Do you have any questions for me?
Don't wait. Call right away!

I’ve been advocating for a change to the building code since I knew what a building code was. It’s ridiculous that we have such advanced technologies for war, but our homes and businesses are still virtually the same as they were 50 years ago.

Every new structure should be super insulated and designed to use the sun for passive solar gain. We would need only a small fraction of the fuel we currently burn. A perfect example (albeit a radical look which I don’t agree with – I don’t think our dwellings need to look like they’re out of a Star Wars movie to be efficient) of using design to manage resources is the Greater Earth community outside of Taos, NM. 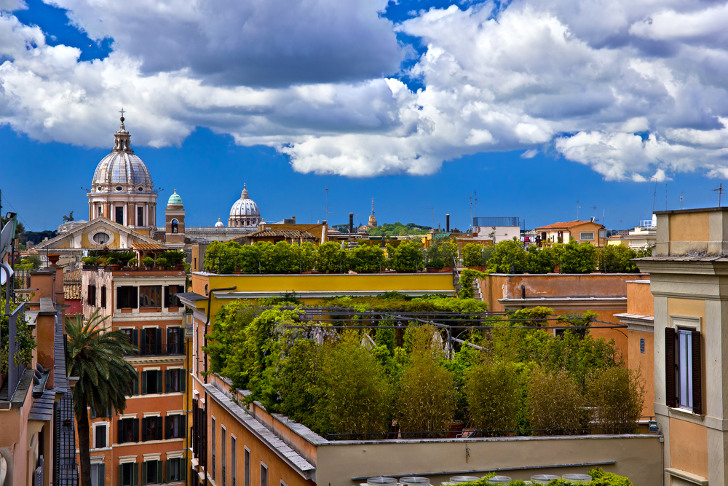 I applaud France for their “radical” upgrade to the building code. France just passed a trailblazing new law that requires that all new buildings constructed in commercial areas to be partially-covered by either solar panels or green roofs. Not only will this bring dramatic changes to the nation’s skylines and bolster the efficiency of all new commercial construction, but the law will help France pick up the pace the solar adoption—which has lagged behind other European nations in recent years.

Boston, the home of some of the greatest minds and higher education in the world, should lead the charge in the battle to reduce carbon emissions and CHANGE THE CODE! How hard would it be to mandate that all commercial buildings have white rubber roofs instead of black? What would it cost? NOTHING!

Mary Mo
23:11 04 Mar 18
Will has a wonderful understanding of houses and knew immediately what to look for in each place. He was always honest and we really valued his opinion. And one of the best parts about Will is that he is truly in love with the real estate in JP and his enthusiasm is contagious. It was a pleasure to work with Will!

Eric S
16:41 05 Nov 17
Will helped me both sell my condo and buy a house within two and a half short months last fall. He gave me sensible advice about preparing my condo for sale, helped me with the staging, and took great pictures. He was always happy to answer questions, whether or not they were strictly part of his job, and was a good source of referrals concerning moving, repairs, or just generally all things real estate. That made things so much easier for me considering the tight scheduling involved. Will was attentive and responsive throughout the whole purchase and sale process. He really knows the neighborhood and encouraged me to look in areas I hadn't known as well, which widened my options. He was pleasant to deal with, professional throughout, and by remaining calm helped me do so too whenever things became fraught. We achieved great results too, as my condo sold for 15% above asking price and I bought below asking. I will turn to Will for any future real estate needs and would not hesitate to recommend him to others.

Jeffrey Carbone
23:03 30 Oct 17
This was my second time using Will as an agent, and he did not disappoint. Not only did he sell our condo for well over asking, he got us a great deal on our new home in JP. We couldn't be happier. Will knows the market, the Boston neighborhoods, and he is a great advocate on t behalf of his clients because of that. Will is the type of guy that will look out for your best interest, he's honest, and he is someone that is genuinely nice to know. I would highly recommend his services.

Jennifer Effron
13:38 30 Oct 17
We worked with Will and he was just incredibly helpful throughout the entire process (which was about a year for us). Will was diligent about sending us listings as they popped on the market and also willing to go the extra mile by looking into comps and speaking with sellers agents whenever there was a property we were interested in. He was super patient with us as we muddled through and always gave us sound advice and feedback on particular properties. When we finally found our fixer-upper Will really shined. He confidently helped us through the offer process and helped us to make an offer that was sound yet not overly zealous. We trusted his sense and couldn't be happier! Will was also always a pleasure to see on our many house tours. Highly recommend!

Justin Crotty
02:49 30 Oct 17
We had a great experience with Will. I'll be calling him with my real estate questions for as long as I have them. He's knowledgeable, reliable and a pleasure to work with. We were particularly impressed with his knowledge and eye for structural issues with the properties we looked at. It was very reassuring having someone who knows this stuff take a look and he helped us avoid a few nasty situations. I'd recommend him to anyone.

Dave Lambertson
21:39 26 Oct 17
5.0 star rating 10/26/2017 The Boston Home Team, and William Brokhof as a seller's agent was exceptional. Will's knowledge of the local area is outstanding. We used him as our buyer's agent and were quite happy with his professionalism and interpersonal skills and so were more than happy to choose him to represent us as a seller's agent. He provided sage advice to the timing and pricing of our property that was spot on for the market demands. He then put in a lot of time taking us step by step through the selling process and gave us his opinion on what would work best for our property. Once the property was ready to sell, his photography and social media presence generated maximum foot traffic to our open houses. Once we had an offer, well above asking, Kyle was exceptionally professional and helpful, even going the extra mile by meeting at our apartment during a busy week! I would not hesitate to recommend Will to anyone thinking about buying or selling in Boston!

Leo McNeil
21:40 20 Sep 17
Will was enormously helpful in the search for our house. As first time buyers in a ridiculously competitive marketplace, it's easy to let emotions overwhelm and lead buyers to make decisions they'd regret for multiple reasons. My fiance and I came close to an impulse buy a few times, but Will was able to contextualize what a decision of this magnitude meant and factors we overlooked in the process that we should be considering. He could have easily said 'go for it' and been on his way, but he gave a thorough analysis as to why a particular house would or would not make sense. I would not hesitate to recommend Will to home buyers in the future. He's thorough, blunt (which I appreciate) and genuinely looks out for your best interests.
Next Reviews

The Boston Home Team
5.0
Based on 22 Reviews

Get my free guide

I know how to make this an easy, straightforward process for you.

Enter your info to get my list of 10 key points to make sure you are aware of as you do your research.

Get the free guide

We know how to make this an easy, straightforward process for you. Enter your info to get our list of 10 key points to make sure you are aware of as you do your research.

Thank you! Check your inbox in a moment for your guide.